The Musée d’Orsay on Paris’ Left Bank is not only one of the city’s most beautiful buildings, but also one that has one of the most interesting stories behind it!

You may know that the Eiffel Tower was built for the Universal Exhibition in 1900, but did you know that the Orsay Museum was too? It wasn’t built to house works of art, however, but as a train station connecting the South-West of France to the capital! It was built in the popular Beaux Arts style of the time, which you can also see at the Palais Garnier, the Grand Palais, Petit Palais, and the Pont Alexandre III, among other monuments.

From Station to Museum

The Gare d’Orsay had run into problems by 1939. The mainline trains were too long for its short platforms, so for a while it was used only for suburban trains. Parts of the station were also used as a mailing center, an auction house, and even a theater company. In 1970, plans were made to demolish the Gare d’Orsay and build a hotel in its place, but thankfully the Minister for Cultural Affairs, Jacques Duhamel, ruled against its demolition, adding it to the list of Historic Monuments. Phew!

Once it was finally listed, in 1978, the decision was made to turn the station into a museum that would provide the link between the Louvre and the Pompidou Center. A competition was launched to choose a design, and the winners were three young architects from ACT Architecture. An Italian architect was chosen to turn the interior from train station to public museum. The newly renamed Musée d’Orsay finally opened its doors in 1986, having spent 6 months on installing the 2000+ artworks. François Mitterand, who was President at the time, inaugurated the museum. 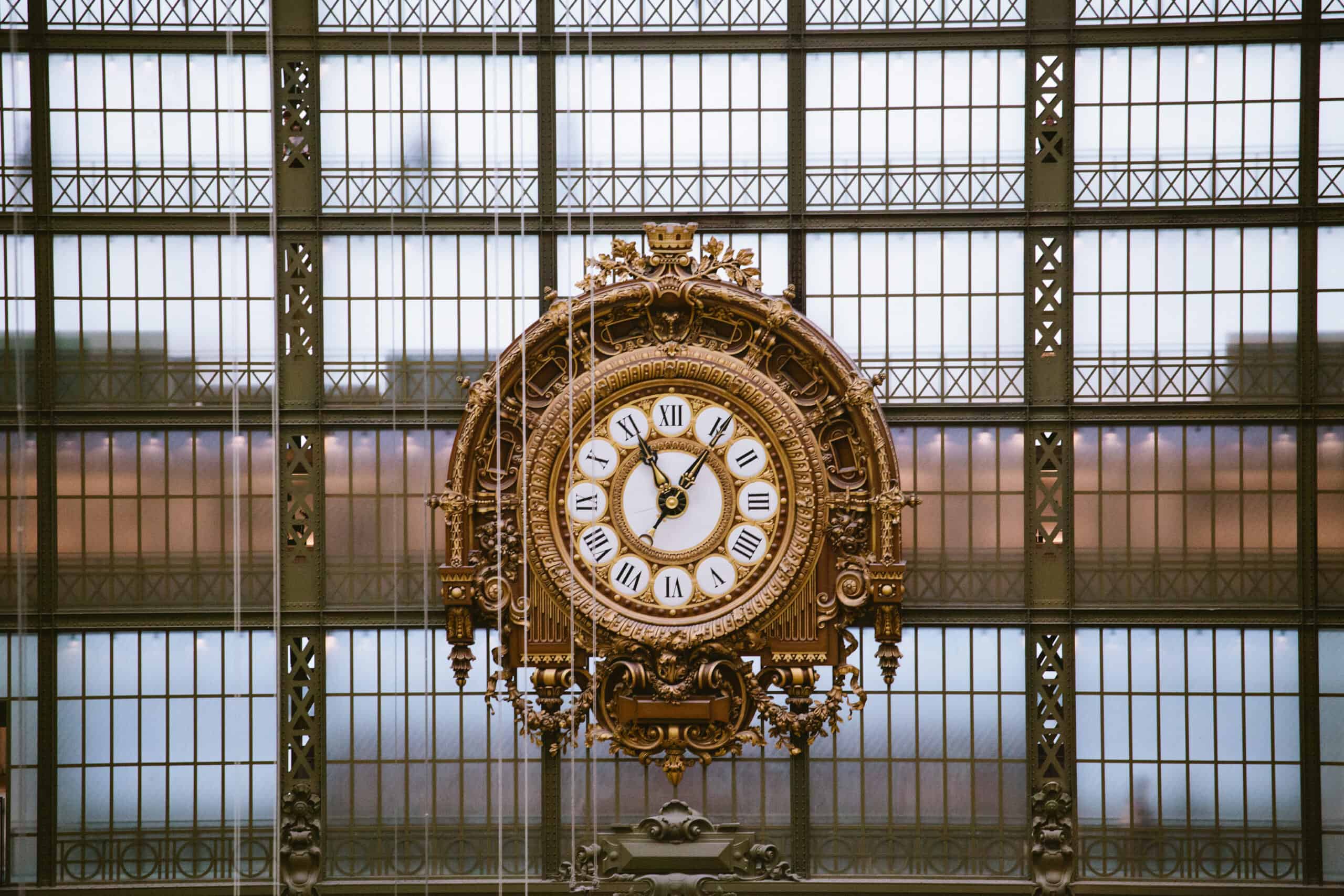 Current exhibitions include ones on Van Gogh/Artaud (ends July 6) and the sculptor Carpeaux, as well as the permanent exhibitions: a History of the Museum, the Museum in Motion, Parisian Architecture of the Second Empire and a photography collection entitled “The presence of death”.

The museum is open every day except Mondays, from 9.30 am to 6 pm. On Thursday it stays open until 9.45 pm. We highly recommend you book in advance, because on some days they limit entrances to pre-booked and groups only. Tuesday and Sunday are the busiest days to go, whereas Wednesday, Friday and Thursday evenings are quieter. The nearest train station is the RER Musée d’Orsay, and the closest metro is Solferino.