Welcome to the land of sausage, beer, and sauerkraut! With visions of lederhosen and excitement for your first (or fifth!) Fat Tire Tour through Munich or Berlin dancing through your head, you’re all set for your German vacation. Never been here before? Then be sure to take advantage of these four (humorous) tips for surviving in Germany. You’ll look like a local in no time!

1. Suppress your need to ask how everyone is doing

“Hey, how are you?” is a standard phrase in English. “Good, thanks,” “Hanging in there,” or “Not too shabby,” are the standard answers in return. Now that you’re in Germany, however, I’ll warn you – change your greeting. If you stick with your typical “Hi, how you doing?” when you run into a German, they’ll be a bit startled, to say the least. “Wow, this person would like to know how I’m doing!” they’ll think to themselves. “How odd! Is something wrong with them? Hm. Well, they did ask, so I suppose I’ll tell them….” And they will. Every minute detail of their current well-being. For as long as you will listen.

For me, as a friendly Midwesterner, I have a very hard time starting a conversation without saying “How are you?” So, even though I know what’s coming, I still haven’t learned my lesson. Take these examples, for instance:

A. I once asked a friend’s parent how they were doing, trying to be polite. A half an hour later, I was sorely regretting it. Why? I had just listened to thirty solid minutes of hearing about a scaly rash on this person’s toe – with vivid descriptions that I still can’t get out of my head.

B. Meeting a new colleague, I thought I would make small talk as we were walking together to our destination. After saying “Hi, how are you?”, I at first thought I must have misunderstood her German reply, as it sounded like she was telling me about her, shall we say, stomach problems – to put it politely. But no, my German vocabulary was correct. I was hearing about her intestinal issues – and we had just met five minutes before!

My advice? Just say “Hello” (“Hallo”) to any German you meet and leave it at that! 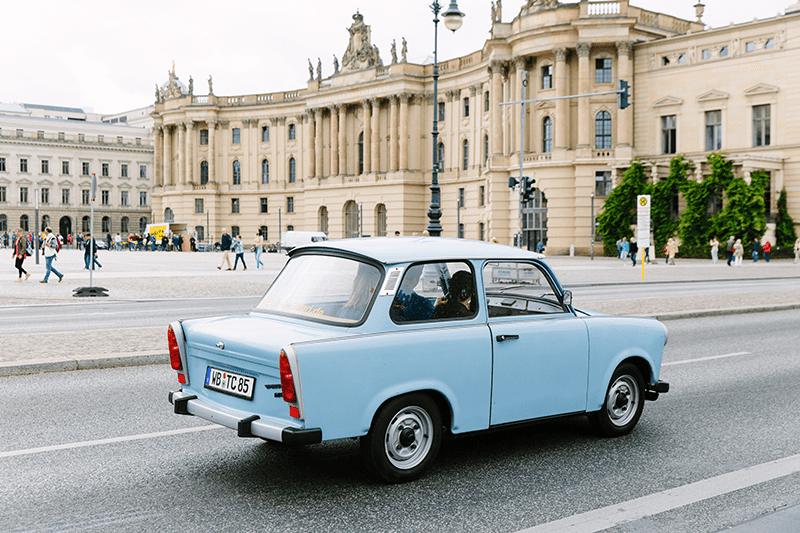 2. Cross the Street with Care

Finished with your Fat Tire Tour and looking forward to a nice lunch after all your exciting sight-seeing, you decide to walk to a restaurant. You reach an intersection – and the light is red. But, as you were taught to do when you were in kindergarten, you carefully look both ways: the street is empty for miles and miles. Thinking longingly of bratwurst and beer, you casually walk across. And all hell breaks loose.

“Hey! What do you think you’re doing?! The light was red!” an old man yells at you from his spot on the sidewalk. “There are children here. What kind of example are you setting?!” A woman scolds, her eyes looking you up and down, wondering what kind of barbarian you might be. And from around the corner, you hear someone coming –a police officer, retrieving his book to write you a ticket for breaking the law.

Thought the stereotype of Germans as rule-followers was just a myth? I hate to break it to you – not in this case. My German-speaking husband actually thought the English word for crossing the street on a red light was “jail walking” – as you would obviously go to jail if you crossed the street when the light was red.* I laughingly told him it was “jaywalking,” but the thought behind the mistake remains. Wait for the light to turn green in Germany, at all costs!

*No worries, you won’t really go to jail. But I do know people who have gotten tickets for crossing a deserted street at 3:00 a.m. when the light was red.

Germans must have better noses than we do. I have never met a culture of people who are so affected by the smell of certain foods. If you bring food – be it McDonalds, the famous Turkish döner kebaps (delicious!), whatever – on a bus, train, or another method of public transit, you will be glared at by your fellow passengers – the fact that you dared to bring something so strong-smelling in a confined space is absolutely abhorrent to them.

My American friends and I once made the mistake of bringing a döner kebap into a public building, and the Germans standing in front of us, assuming we didn’t speak the language, started talking to each other, “I can’t believe they would bring that food in here,” one man said disparagingly. “Yes, how inconsiderate. And it really smells,” his colleague replied. My friend, addressing the men in perfect German, interrupted them, “I’m sorry. We were running late and only had time to grab some food on our way here. This was all that was available in the area.” German Man One, embarrassed, “You speak German?!” We nodded affirmatively, in which his companion replied, “Well, your food still stinks.”

Perhaps it’s better to stick to a Fat Tire Tours Tour – they’ll let you eat on the way!

We Americans use our hands to eat much more frequently than the Germans do. In fact, I once witnessed them eating chicken wings with a fork and knife. Chicken wings! When I made fun of them for doing so, the Germans looked at me like I was the crazy one. “Why would we want to get our hands all dirty?” An Austrian friend of mine (not German, but very similar culture!) refused to go to a restaurant with me for weeks after returning from our first time out on the town. Why? The way in which I had eaten my pizza that night – with my hands – had so greatly appalled him. New to the country and very embarrassed, I vowed never to order pizza in front of an Austrian or German again. I suppose I could have given into cultural norms and eaten pizza with a fork or a knife, but who wants to do that?

Speaking of forks and knives, you’ll automatically be spotted as an American if you eat with your fork in your right hand. Germans think it very strange that we cut our food with the fork in the left and the knife in our right, put the knife down, and then switch hands to eat – so many precious seconds wasted by all that switching. Inefficiency! Germans eat with the fork in their left hand and the knife in their right, never setting the silverware down between cutting and eating. Imagine all the time they must save! Well, I hate to break it to you, Germans, but the time you save with silverware is likely lost waiting for all those red lights to turn green…call it even? 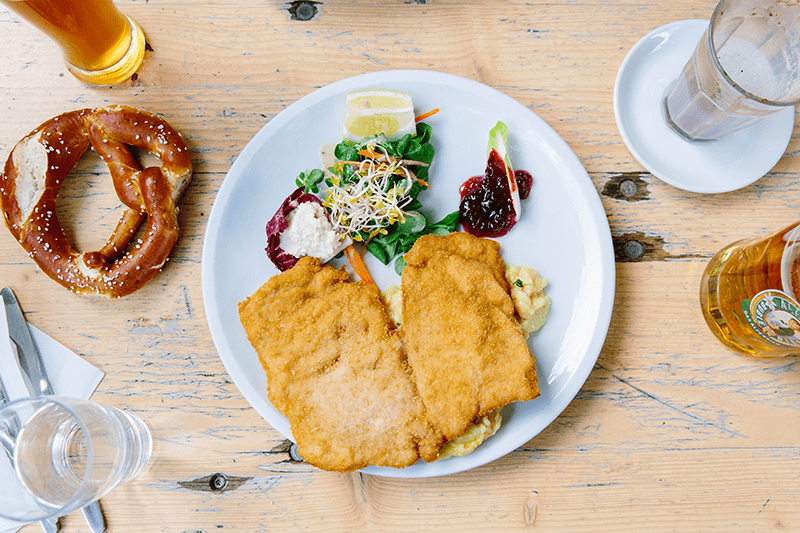 In all seriousness, Germany is a wonderful country, and the German people are kind, welcoming, and excited to have you visit their homeland. Although our cultures are different, it is these differences that make the world a fascinating place – and that makes some good stories later on. Enjoy your time in beautiful Germany – Fat Tire Tours will make sure you do!