German traditional attire is generally considered to be the Dirndl for the ladies and Lederhosen for the gents. It is certainly more common in the South, especially popular in Bavaria, but in lieu of any wildly famous Northern German garments, it has become the symbol of old-school German threads. The picture above is of our very own Schroeny and his beautiful bride Caroline tying the traditional German knot earlier this year. And then the rest of us getting our very traditional dance on. 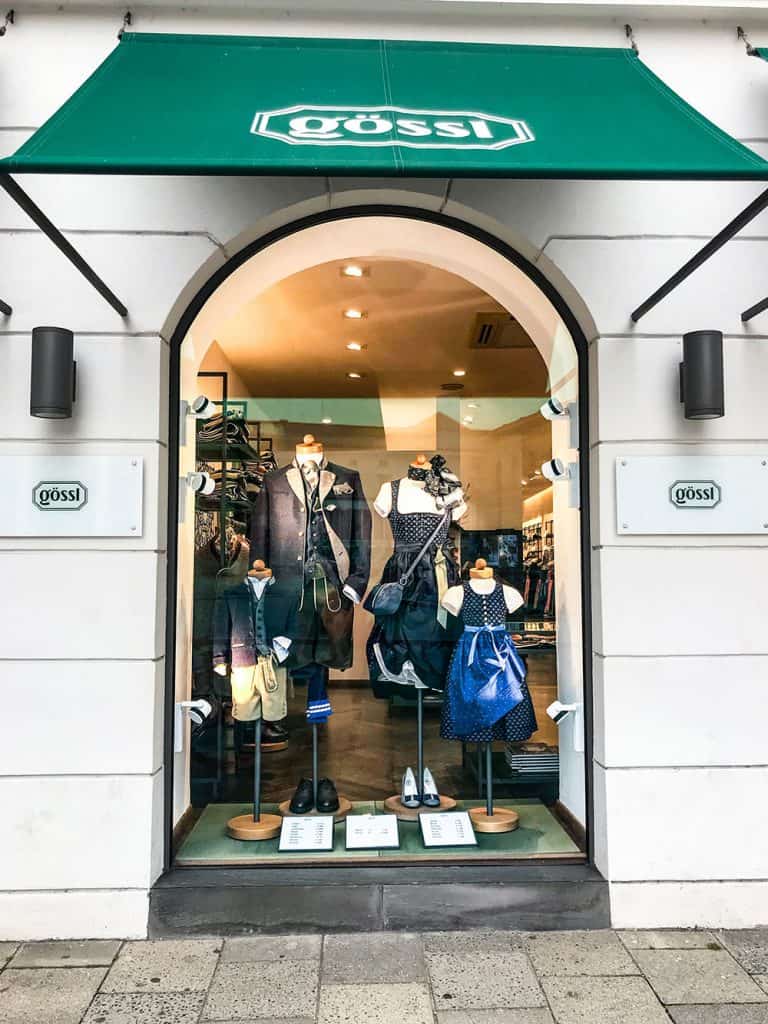 The dirndl is a dress based on the traditional clothing of Alpine peasants. Originally the uniform of Austrian servants in the 19th Century, then adopted by the Austrian upper classes as high fashion in the late 1800s. Consisting of a blouse, a dress with a full skirt and an apron. While appearing to be simple and plain, a properly made modern dirndl can cost a pretty penny as they are usually tailored and made from mighty fine materials. Many Bavarians tend to inherit their outfit from their parents or grandparents.

Similar to the Dirndl, the Lederhosen were worn for hard physical labour. The leather much more durable than a fabric garment and much easier to clean/less stinky. Lederhosen in Bavaria can be compared to the wearing of the Kilt in Scotland or the cowboy hat of the States. The flap at the front of the trousers is generally considered to be a Bavarian invention, becoming so popular that in France it was actually known as ‘a la bavaroise’ (in the bavarian style). In the 1880s several clubs were founded in Munich devoted to preserving the tradition of wearing the Lederhosen. Many men wear them whilst doing physical activity like gardening or hiking. However they are predominately worn at folk festivals, in beer gardens or at weddings ie. whilst drinking beer.

Should you be heading down and joining us for Oktoberfest one year, make sure you snag yourself a dirndl/lederhosen because if you don’t you will certainly stick out. Everybody wears the traditional garb, from baby, to teen, to OAP. In Bavaria, during the beer festival, many locals actually go to work in their outfits. The garments make a perfect emergency fancy dress for future parties back home, otherwise you can always sell it online.