How Paris’ Streets Are Rapidly Changing

How Paris’ Streets Are Rapidly Changing

Paris has been a hotbed of activity lately, and not the fun kind like the festive activity found on Nuit Blanche or Bastille Day. As is the case throughout much of the world, substantial changes are sweeping through France at the moment – among them, fuel taxes and tariffs.

Newspapers across the globe published news reports of Paris protests from the weekend, which saw nearly 8,000 “gilets jaunes” (yellow vests) marchers – many of whom traveled from all over France to come march in the streets in the French capital – walking down Champs Elysées, with the Arc de Triomphe looming majestically in the background. 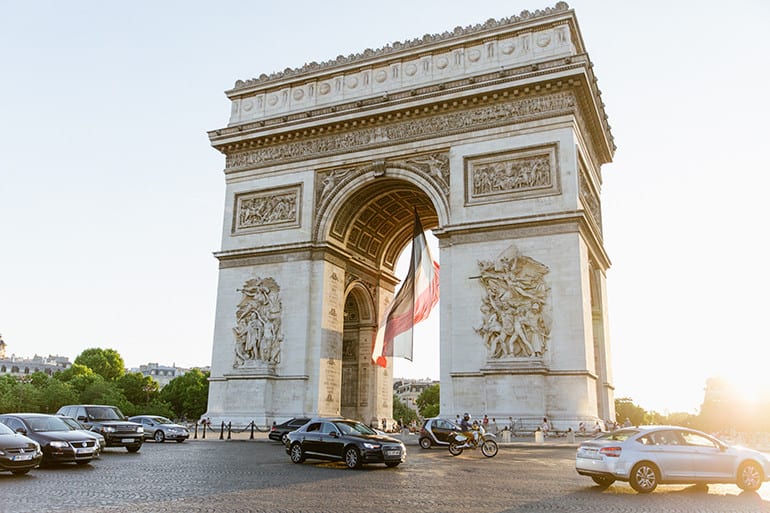 (And of those yellow vests? Everyone in France, reports NPR, must keep a yellow safety vest in their car. So the vests are, in a way, representative of the greater French public.)

French President Emmanuel Macron weighed in on the goings-on on Twitter. He said in a Tweet: “…No place for this violence in the Republic.”

But, to turn attention to more peaceful, lighthearted news: Earlier this month, another news item came out of Paris, one which will have the look of Paris streets changing again. In mid-November, the BBC reported that Paris Mayor Anne Hidalgo plans to pedestrianize the center of Paris.

Hidalgo’s plans include a severe restriction of traffic, and the use of electric shuttles as a car-alternative. This change would take place in the next mayoral term. “Traffic is currently limited in the central arrondissements on one Sunday a month,” writes the BBC. “Ms Hidalgo also says she wants to expand this scheme known as ‘Paris breathes’ – to every Sunday by next year.”

Some Parisian streets, of course, have long been solely pedestrian, even following the advent of cars. Charming – and, not to mention, highly Instagram-able – streets like Rue Crémieux are sans cars, and all the prettier for it. Some have likened Rue Crémieux to London’s Notting Hill, for the charming, almost storybook-like quality the street elicits on sight. Other streets like Rue des Rosiers in the Marais, Rue Montorgueil in the 1st and 2nd arrondissements, Rue de la Huchette in the 6th, and Rue Mouffetard.

One imagines that a car-less city center street would have a similar effect of enhancing the city’s look, and upping its charm quotient (not that it needs it – Paris is charming just as it is). However there has been vocal opposition to Mayor Hidalgo’s already-enacted plans, as well as to these new proposed ones.

City Lab reported on some of Mayor Hidalgo’s plans during their initial roll out, saying of Paris’ leader: “Rather than backtracking or mollifying critics, she’s going to push her pedestrianization measures even further.” 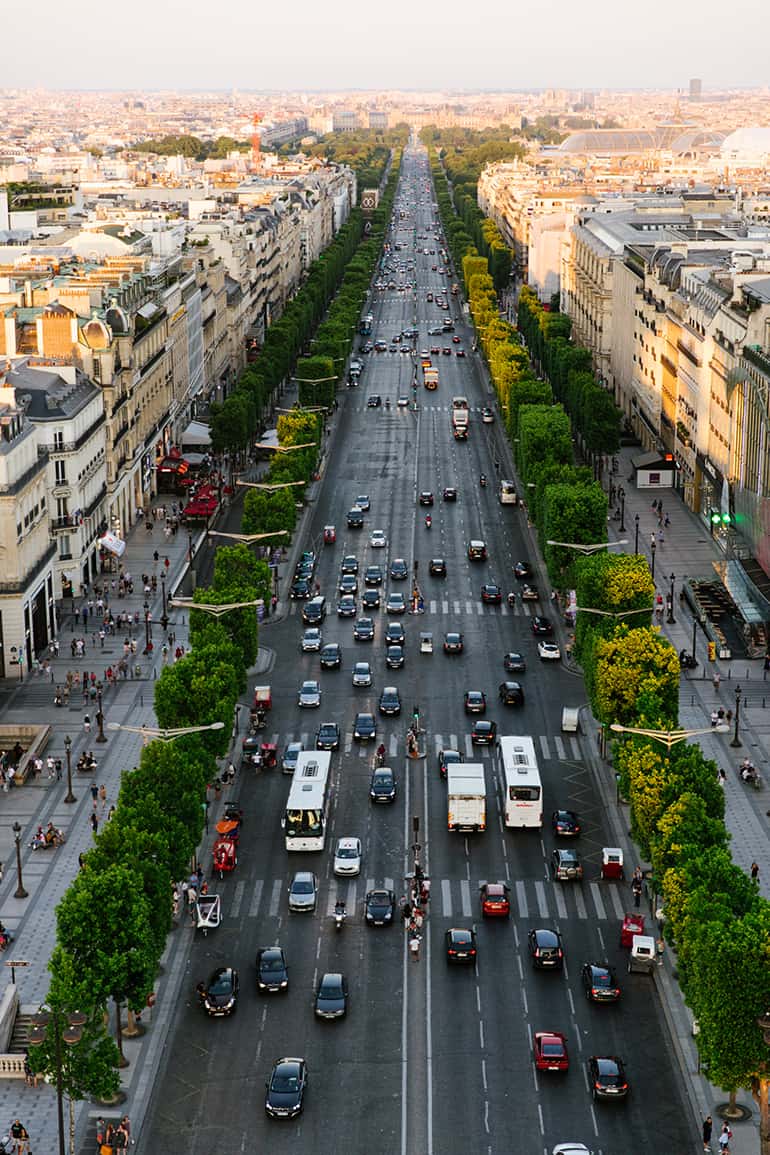 In other automotive-related Paris news, the Financial Times reported that “Paris allows driverless car on its tricky streets.” The outlet shared a video from FT Paris correspondent, David Keohane, who spoke to the CEO of Valeo, Jacques Aschenbroich. (Valeo is the largest supplier of car parts in the world.) In an ever-changing world, this news feels very much not shocking. If anything, it’s proof-positive that the world is becoming like the 1960s future-based cartoon show, “The Jetsons,” predicted.

“Streets of central Paris are congested, polluted and busy. Steeped in history, they are twisting and complex for any driver,” says Keohane in a news clip. “Now, for the first time, a car with no driver moving the steering wheel, is giving it a go…The technology is growing everywhere, with driverless vehicles being trialed from the U.S. to China…”

With the Eiffel Tower in view, and a stone’s throw from the Seine, a video clip showing the driverless car in action (which is equipped in the video with an engineer in the driver’s seat, should intervention be needed as the steering wheel steers itself), cruises alongside the river, winding through a street in Paris. One issue, though, is when these cars go into tunnels and lose connection with their GPS. Thankfully for the Times reporter and the Valeo CEO, their car navigated the tunnel seamlessly.

Special authorization, however, is required for driverless vehicles in Paris, which seems like an intelligent prerequisite by all accounts. The mayor of Paris and the French government provided the highest level of authorization for the testing of the vehicle.

So, driverless cars, along with the absence of cars, will be modernizing Paris as time marches onward. Paris, arguably the most beautiful city in the world, also stands to get a bit more beautiful with a pedestrianized city center. The absence of cars (save for emergency vehicles) will bring more life, less pollution, and greater texture to an already richly textured, storied, and magnificent city – Paris.