How to Experience Authentic Culture in New Orleans

How to Experience Authentic Culture in New Orleans

The festive season is in full swing down in the Big Easy. If you’re headed down to the bayou in March seek out any of these activities to experience authentic New Orleans culture between Mardi Gras parades, shopping sprees at the specialty boutiques of Royal Street, memorable meals on Magazine Street, and nights out on Bourbon Street with a few too many hurricanes.

Grab a cup of joe

French Truck Coffee is born and bred in New Orleans. The small batch coffee roaster is dedicated to sourcing ethical beans and is a favorite place among locals for excellent artisan coffee. There are four locations in New Orleans, but the one to visit is the Dryades Street location as it’s located in a traditional shotgun house. After you’re properly caffeinated, head out on a Fat Tire Tour to see the historic sights around New Orleans.

No trip to the Crescent City would be complete without indulging in beignets at Café Du Monde. Even locals agree that this classic cafeteria that serves a heavenly blend of fried dough and powdered sugar is worth all the hype. The original location is on the banks of the Mississippi River in The French Market, which dates back to the 1700s and still has stalls offering an array of fresh produce and local artisan crafts.

After your sweet treat, explore the iconic French Quarter to learn about local history and culture. Stroll around  Jackson Square and visit the St. Louis Cathedral, the Old U.S Mint which is now the NOLA Jazz Museum, the Louisiana State Museum housed in the Cabildo which was the seat of Spanish colonial city hall, the Old Ursuline Convent, and the stunning New Orleans mansions.

Don’t miss out on a walking tour of the St. Louis Cemetery near the French Quarter to learn about the roots and practices of Voodoo in the Big Easy. The cemetery was founded in 1789 and is on the National Register of Historic Places. The Priestess of Voodoo herself, Marie Laveau, is buried here along with many other historical New Orleans figures. Learn more about folklore and rituals at The New Orleans Historic Voodoo Museum cultural institution. 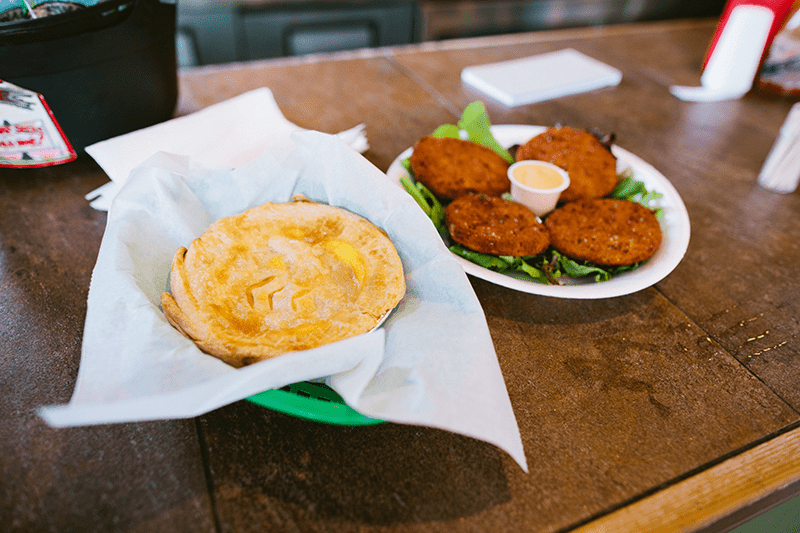 Hop on one of the picturesque streetcars that date back to the roaring 20s and is the oldest operating street railway system in the world. Catch a streetcar en route to Audubon Park, but make sure you have exactly $1.25 for the fare as change isn’t available. Take a stroll through the park and enjoy the mystic Spanish moss or do as the locals do and find a cozy spot in the shade and taste the many unique flavors of locally brewed Abita beer as there aren’t strict open container laws in New Orleans. Purple Haze is a must-try–it’s infused with real raspberries and is an ultra-refreshing beer on a hot NOLA day.

Booze is in the Big Easy’s DNA. Wet your whistle with a night on the town at bars with deep ties to New Orleans history. The first branded cocktail was crafted in New Orleans in the mid-1800s when mixologist Antoine Amédée made the Sazerac which can still be enjoyed today at its namesake bar. 21st Amendment at La Louisiane is a prohibition-themed bar which was once a part of the La Louisiane Restaurant that was operated by notorious gangsters from the 1950s-1980s. For a historic–and cheap–drink, make your way toCommander’s Palace for 25 cent martinis during lunchtime.

Taste the flavors of the Big Easy

The best way to experience the rich history and local life of the city is through the unique cuisine of New Orleans, from traditional brasseries that serve renditions of iconic French dishes, classic Creole and Cajun dishes like Boudin sausage and typical foods such as jambalaya, gumbo, and po’ boy sandwiches. Don’t miss the chance to eat one of James Beard winner Leah Chase’s meals. The New Orleans native is 96-years-old and still serving up her famous dishes at Dooky Chase that earned her the nickname of the Queen of Creole Cuisine. Another James Beard award-winning Chef is Nina Compton who is the mastermind behind Compère Lapin located in the Warehouse District and honors Louisiana culture through unique dishes using native ingredients. Bywater American Bistro is situated in the old Rice Mills Loft building so it’s no surprise that grains and legumes are staples in many dishes.

Robért LeBlanc is another local restaurateur who transforms historic spaces into award-winning dining establishments such as Sylvain, which is named after the first opera to show in New Orleans. The menu offers an assortment of Southern bistro classics served in the dining room within a 220-year-old carriage house. Other notable local restaurants from Louisiana natives include Donald Link’s Cochon Cajun restaurant and Chef Paul Miller and Chef Paul Prudhomme’s Cajun and Creole K-Paul restaurant. Travelers who are interested in learning more about the food scene in New Orleans will enjoy visiting the Southern Food & Beverage Museum. 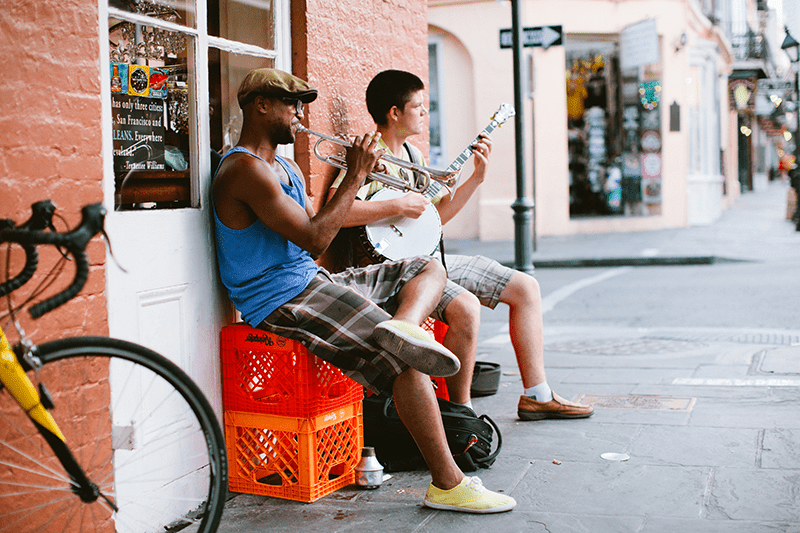 Be serenaded at cultural institutions

Jazz music is a fundamental part of an authentic New Orleans experience. Expect to hear many renditions of Louis Armstrong classics as the famed trumpet player was from New Orleans.  The tunes can be enjoyed all over the city but the most legendary venue to listen to traditional jazz performances is the historic Preservation Hall in the French Quarter. If you can’t snag a coveted ticket, head over to The Jazz Playhouse for nightly live music. The Paddlewheeler Creole Queen traditional riverboat also offers a famous jazz cruise, and the jazz brunch at the legendary Court of Two Sisters in The French Quarter is always a fun experience.

If you won’t be in New Orleans for the Fat Tuesday celebrations, then make your way to Mardi Gras World to see the historic colorful floats. The first mule-drawn float was put together at Kern Studios in 1932 and the creative endeavors haven’t stopped since. The studio opened to the public in 1984 to give tourists the chance to experience a taste of the magic of Mardi Gras year-round by seeing the behind-the-scenes makings of the world-famous festival.