Paris is the top tourist destination in Europe, where most visitors have a wonderful time, and everything runs smoothly. An unlucky few, however, fall victim to the underground criminal scene in Paris: pickpockets, thieves and con-artists. This doesn’t make Paris especially dangerous, but because there are so many tourists here, the “City of Light” also appeals to criminals who want to take advantage of your holiday mood… Don’t let them!

The metro in Paris is a great way to get around the city quickly. Plus, it’s easier to understand compared to other major capitals. However, where you have a lot of people, you also unfortunately have pickpockets, who have their eyes open for any half-open purses or unattended suitcases. A trick that some pickpockets use is to wave a newspaper or map in front of your face while reaching into your bag at the same time, so always make sure your bags are properly closed, and keep them in front of you.

Another trick I’ve seen on the metro involves the pickpocket waiting until the doors are about to close, then grabbing your phone or bag, and jumping out. For this reason, never take out your phone if you are standing right by the doors, and keep a firm hold on your purse.

If you’ve already been to Paris you’ll probably have seen the groups of youngsters who walk around the more touristy areas of the city with “petitions”. Many pretend to be blind and/or deaf, and ask for a charitable donation. While you are studying the petition, you can be sure you bag or pockets are being investigated too. Just say “non” loudly and walk away.

Whenever you take out cash from an ATM, the best thing to do is withdraw from inside a bank. But if you don’t have the option, make sure to never take your eyes off the screen, and to quickly grab your cash and card afterwards. A common ruse is to wave a hand in front of your face to distract you while another hand presses the highest amount of cash and runs off the second the money is dispensed. Having a vigilant friend with you whenever you visit an ATM is a way of avoiding this situation.

It’s an easy thing to forget, but never, never leave your phone on the table when you’re at a bar or restaurant. Likewise, make sure your bag is a) closed and b) always on your person. In busy places, it can even be a good idea to keep your purse on your lap. It only takes a millisecond for a phone or wallet to be snatched away.

A rather violent crime that – very rarely – occurs in Paris is the theft of jewelry, right off your person. If you are wearing a flashy necklace that is obviously made from gold/has precious gems in it, make sure to keep it covered up in the underground stations or in less safe areas. Thieves have been known to rip the chain right off the neck – the targets usually being elderly ladies.

As with anywhere in the world, Paris has its fair share of con artists, and they like to hang around the Eiffel Tower, the Louvre, and all the tourist hot-spots. Avoid groups playing the “three-card” trick. It may look like fun, but the other people watching the game are usually in on the scam, and your €50 (the minimum to play) is as good as lost the minute you hand it over.

Around the Sacré Cœur, one of the tricks is to approach you, slip a bracelet onto your wrist and demand money for it. If this does happen to you, don’t worry, just walk away shouting “non” very loudly. Don’t let yourself be pressurized into giving money, even if you can’t get the bracelet off.

Nor should you fall for the “I found a gold ring!” trick. You’ll be approached by someone claiming to have *found* an expensive gold ring on the floor (that they just dropped!), and would you like to pay only 10 euros for it? No, you would not. Again, a “non” will normally do the trick.

A wise word of advice to avoid being the target of pickpockets, thieves and scam artists is to avoid looking like a tourist. Those khaki shorts, white socks, baseball cap and fanny pack/camera around the neck/map of Paris act as a beacon to the bad guys. Never put anything of value in your back pocket, nor in the front pocket of your backpack – which can be easily unzipped.

If there is ever any trouble, make as much noise as you can, and always carry the number of your embassy on you just in case.

For more information about staying safe in Paris, check out this helpful PDF the Paris town hall has put together. 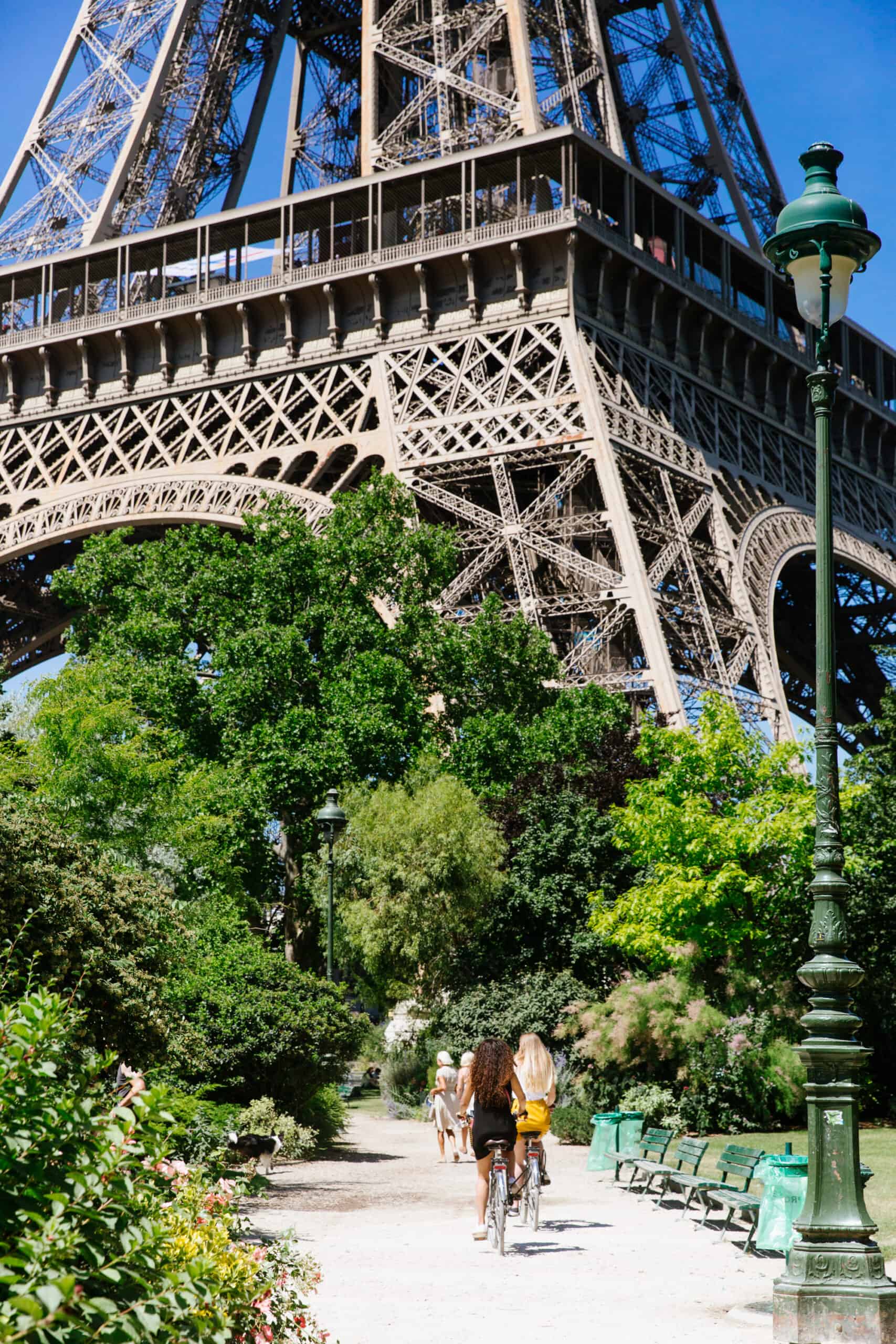 Don’t be put off visiting Paris just because there are a few unpleasant people around! Avoid waiting in queues in the most touristy areas, and go on one of our Skip the Line Tours where you’ll be looked after by one of our talented guides.