You’d better put your military hat on, because today’s Paris history class is all about… Les Invalides!

Construction of the Hôpital des Invalides

From the Grand Palais and the Petit Palais, take the Alexandre III bridge across the river Seine over to the complex of buildings commonly called “Les Invalides”, a shortening of the main building’s true name and original purpose: “Hôpital des Invalides” , a hospital for elderly, injured or sick soldiers.

It was Louis XIV (the “Sun King”) who comissioned the construction of the hospital in 1670, and inaugurated it ten years later. He chose the site of “Grenelle”, a suburban plain outside the city, which is now Paris’ chic 7th arrondissement. The hospital, designed by architect Libéral Bruant and built to house around 4000 patients, consisted of one large building with fifteen courtyards. The impressive dome belongs to the hospital’s private royal chapel, the imaginatively-named “Eglise du Dôme”, although the patients were not allowed to use it – they had their own church. The dome, which dominates the monument at 107 meters high, was built by Hardouin-Mansart and is widely considered the most stunning examples of French baroque architecture.

Nowadays the Eglise du Dôme is not used as a church, but as a mausoleum, which is open to the public. The most significant person to be entombed there was Napoleon Bonaparte, whose remains were repatriated from the island of Saint Helena in 1840.

Invalides is not only famous for Napoleon’s tomb, it has also been at the center of some of France’s most pivotal moments. It was stormed on July 14, 1789, when rioters looted its canons and guns for the subsequent storming of the Bastille. Captain Dreyfus was also stripped of his military achievements, and then later reinstated, at a public ceremony in front of the Hôpital des Invalides in 1894 (the Dreyfus affair was a political drama that divided France and revealed the country’s deep-seated antisemitism of the time). 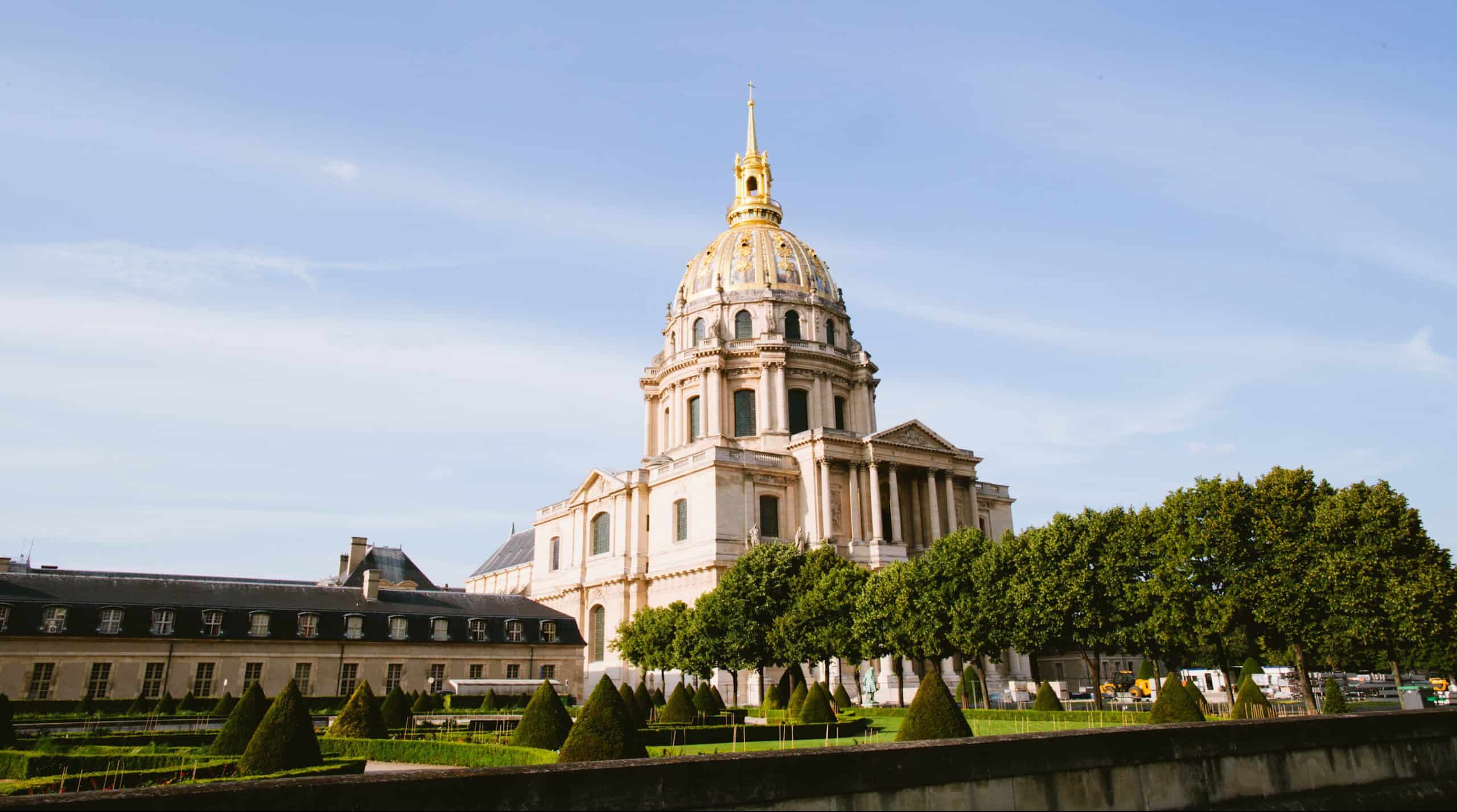 The main building of Invalides now contains several museums: La Musée de l’Armée (the military museum), La Musée d’Histoire Contemporaine (the Museum of Contemporary History) and La Musée des Plans-Reliefs (the Museum of Military Models). It is an absolute must-see during your trip to Paris, especially because the Eglise du Dôme is one of those lesser-known tourist spots in the city (although it shouldn’t be!), meaning you’ll rarely/never have to queue.

See the stunning Hôpital des Invalides from the saddle of your bike and learn even more about Paris’ military history on a Fat Tire bicycle tour! So check out the website for details!